This is my third Tissue Repair Course  I have attended given by Professor Tim Watson and his lectures continue to be brilliant.

The inflammatory and repair processes are no longer simple events to describe in the light of the ever increasing knowledge in this field. This review is only a brief re-resume may of the salient events associated with tissue repair, with an emphasis on the soft tissues rather than the classical wounds approach. Tissue healing or tissue repair refers to the bodies replacement of destroyed tissues by living tissue and comprises two essential components – regeneration and repair.. In regeneration, specialised tissues is replaced by the proliferation of surrounding on damage specialised cells. In repair, lost tissue is replaced by granulation tissue which MIPs yours to form scar tissue. This review concentrates on the events and processes associated with the repair process. The potential for stem cell-based therapy to dominate in this field at some point in the future raises the possibility of regeneration of the damaged tissue which would be clinically preferable, but as yet. This treatment option remains largely a lab-based, or at best experimental and clinical practice.
Probably the most forward way to describe the healing process (repair) is to divide it up into broad stages which are not mutually exclusive and overlap considerably. There are several different ways to divide up the entire process, but the allocation of four faded is common and will be adopted here – these being bleeding, inflammation, proliferation and remodelling

This is a  relatively short lived phase, and will occur following injury trauma or any other similar insult. Clearly if there has been no over injury, this will be of little in or no importance, but following soft tissue injury, there will be some bleeding. The normal time from bleeding to stop will vary with the nature of the injury and the nature of the tissue in question. The more vascular tissues (e.g. up, G muscle) will bleed for longer and therefore will be a greater escape of blood into the tissues. Other ligaments (E.G ligament) will bleed less (both in terms of duration and volume). It is normally cited that the interval between injury and the end of bleeding is a matter of a few hours (four – six hours is often quoted), though this will, of course, in the average duration after the average injury in the average patient. Some tissues may continue to bleed for a significantly longer period, a bit as a significantly reduced rate.

Inflammatory phase: overview
The inflammatory phase is an essential component of the tissue repair process and is best regarded in this way, rather then and ” inappropriate reaction “to injury.

There are, of course, numerous other initiators of the inflammatory process ( E.G.repetitive minor trauma, mechanical irritation ), though, for the purpose of this paper, the injury model will be adopted. The inflammatory phase has a rapid onset (a few hours at most) and swiftly increases in magnitude to its maximal reaction (one – three days) before gradually resolving (over the next couple of weeks). It can result in several outcomes (see below), but in terms of tissue repair, it is normal and essential. The onset and resolutions are swifter in more vascular tissues and slower in the relatively poor. Vascular tissues. The alternative initiators of the inflammatory events include mechanical irritation, repeated minor trauma, excessive heating and cooling plus others that may be less significant in therapy such as infection and a wide range of autoimmune disorders. The inflammatory events are essentially the same whatever route is relevant for the initiation.

The proliferation of phase essentially involves the generation of the repair material, which for the majority of muscular skeletal injuries, involves the production of scar (collagen) material. The proliferation phase as a rapid onset (24 to 48 hours), but takes considerably longer to reach its peak relatively, which is usually between two – three weeks post injury (the most vascular tissue, the shorter the time taken to reach the peak proliferation production). This peak in activity does not represent the time at the which scar production open brackets repair) is complete, but the time phase during which the bulk of the Scott material is formed. The production of the final product (a high quality of functional scar) is not achieved until later in the overall repair process. In general terms, it’s usually considered that the proliferation runs from the first day or two post injury through to its peak at two – three weeks and decreases of thereafter through to a matter or several months (typically 4-6 months:) Post trauma

Remodelling phase: overview
The remodelling phase is an often overlooked phase of repair in terms of its importance, especially in the context of therapy and rehabilitation. It is neither swift nor highly reactive, but does result in an organised, quality and functional scar, which is capable of behaving in a similar way to the parent tissue open brackets that which it is repairing). The remodelling phase has to be widely quoted as starting at around the same time as the peak of the proliferation phase (two – three weeks post injury), but more recently evidence would support the proposal that the remodelling phase actually starts rather earlier than this, and it would be reasonable to consider the start point to be in the first week.

The final outcome of these combined events is that the damaged tissue will be repaired with a scar, which is not a”like for like replacement of the original, but does provide a functional, long-term “mend”” which is capable of enabling quality recovery from injury. For most patients, this is a process that will occur without the need for drugs, therapy or other intervention. It is designed to be happen, and for those patients in which whose problems are realised, or in whom the magnitude of the damages sufficient, some “help”may be required in order to facilitate this process.
It would be difficult to argue that this therapy is essential in some sense. The body has an intrinsically complex and balance mechanism through which these events are controlled. It is possible, however, that in cases of inhibited response, delayed reactions or repeated trauma, therapeutic intervention is of value.

It would also be difficult to argue that there are any need to change the process of tissue repair. If there are an efficient open brackets usually control back system through which the tissues repair in initiated a controlled, why would there be any reason to change it? The more logical approach would be to facilitate or promote the normality of tissue repair, and thereby enhance the sequence of events that the tissues from the injured to their normal state. This is the argument that will be followed in this paper – the promotion of normality, rather than achieving a better normality. The best of the available evidence would also support this approach.

If the tissue repair process is slowed, stalled or in some way delayed, encouraging the normal sequence is the best evidence way forward. This can be achieved with the same essential techniques as those used by a”normally”progressing repair sequence, though it may take a stronger”or more “intense”therapy to initiate a tissue response.

In therapy practice’our view of tissue repair is somewhat skewed by the patients that are seen. The majority of patients whose tissues are repairing”on track”do not need therapy help in order to achieve a quality result. The majority of the patients that arrive in the clinical environment of those for whom the normal repair sequence has been disturbed, has not happened, or in some way is delayed. Most commonly therefore normal. Must you silly jewel tissue repair is not routinely experienced by many therapists.

The mechanism through which therapy can be effective throughout the repair sequence is becoming better understood, though, as a general comment, these effects appear to be achieved by”stimulating”rather than changing events .” 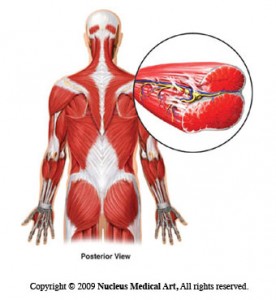 Our expectations, that a sprained ankle will heal in 2 to 6 weeks is completely in accurate. It is more likely that the ankle will be comfortable after six months, and much more stable. One year later and a full recovery may take up to 2 years. This is normal , but our expectations that we can fiddle with the modern repair process and make it much faster is inaccurate.  It is therefore important for you to research further on Prof Tim Watson’s website as he gathers the information from many journals and his website is a comprehensive updating database.