Myofascial Release or Myofascial Release Massage over the years has grown a fashionable course of treatments. It is only the stretching the some of the fascial which surrounds the muscles of the body but due to America it has become a “fashion” but any good massage will be releasing the fascia so do not worry any good hands on therapist will naturally be releasing your fascia! 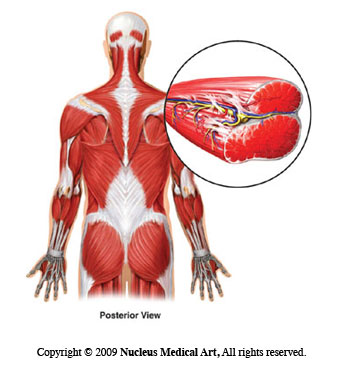 Myofascial release was taught by John Upledger himself to us all when we attended the European School of Osteopathy over 30 years ago. Here is the definition of Myofascial release and taught to us by John and written in his book CranialSacral Therapy II Beyond the Dura P 233

Myofascial Release is a Method of manipulative treatment aimed at the relaxation of the soft tissues of the body. It focuses on muscles and fasciae that are abnormally tense or contracted and involves the use of pressure and stretching on those tissues to relax/release them. Myofascial release is only part of the treatment of conditions such as chronic back pain, inflammation of the nerve such as sciatica and all the other soft tissue ongoing conditions which can occur throughout our active lives.

When John Ledger was training us in the Sacral cranial osteopathy the European School of Osteopathy he taught us that that as good Osteopaths we should also use normal releasing of joints using traditional osteopathic techniques such as manipulation, or muscle energy technique or muscle balancing and unwinding as part of the treatment protocol

Myofascial release was never considered a complete and total therapy as it was only part of the treatment protocol. I have been using Myofascial release now for over 30 years. Myofascial release has now become a good promotional method of simple good quality soft tissue techniques which has been used by good physical therapists through the world for years and years but it has been given a new status and name so I would like to make it clear that all good therapists will be relaxing and stretching your fascial but it may be called a different name

Please Read these reviews as it is important if you are making an appointment to see Helen Edinburgh Online and Google reviews. Helen using Osteopathy Cranial Osteopathy and modern Physiotherapy Electrotherapy trained by Cliff Eaton from Better Perform and by attending Professor Tim Watson`s Conferences.Consultation and Treatment £35.00 for One Hour Visa Debit Card Charge £1.00 Credit Card £2.00Helen is part of the Bupa Health Care Agreement and all the following Private Health Care Insurance Policies
We use cookies on our website to give you the most relevant experience by remembering your preferences and repeat visits. By clicking “Accept All”, you consent to the use of ALL the cookies. However, you may visit "Cookie Settings" to provide a controlled consent.
Cookie SettingsAccept All
Manage consent